WFE was commissioned to complete bat surveys of a former college complex in North Norfolk, following a building inspection which identified moderate and low bat potential in a number of buildings. The buildings were a mixture of different designs and ages, with a part being Grade II listed, and careful thought was needed to achieve efficient deployment of surveyors and recording equipment. We also surveyed a single tree which was due to be felled in the plans. 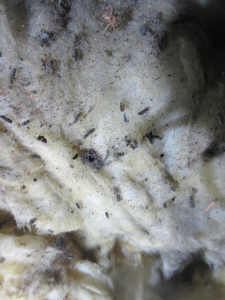 Surveyors, thermal imagers and static bat detectors were used over a period of several weeks to conduct two emergence or dawn return surveys on each building. Audio and video results were subsequently analysed, along with surveyors’ field sheets to make sure all bat emergences were both recorded and not double-recorded.

The surveys located day-roosts of common pipistrelles in some of the buildings, and a soprano pipistrelle roost in the tree. Brown long-eared bats were seen on the activity surveys, but no roost could be located in the target structures.

The surveys have provided the developer with a sound evidence base from which to plan refurbishment or demolition and will be useful in supporting a development licence for this work at the appropriate time.

Botanical surveys for A47 expansion

Phase 1 survey of a brownfield site

An extended Phase 1 Habitat Survey was commissioned for a site in south Norfolk. The…