WFE was commissioned to conduct bat surveys at a Scheduled Ancient Monument in West Norfolk. There was some known bat activity at the site, with one building holding a roost of brown long-eared bats. Some repairs to the monument were required, so bat surveys focused on the areas scheduled for repair. 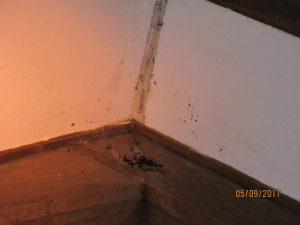 A roost for brown long-eared bats

WFE conducted dusk surveys, using a combination of surveyors, thermal imaging equipment and strategically positioned static detectors to record bat emergence at the site. As it was suspected a licence would be required, it was important to establish points of emergence and numbers of each species present. The surveys found a large number of day roosts for common pipistrelle, soprano pipistrelle and two locations for serotine bats (a scarce species locally); and confirmed a maternity roost for brown long eared bats (c.20) situated in one of the buildings.

The survey results were used to support a successful EPS licence application, which is still active.

Bats in a listed building

WFE was commissioned to complete bat surveys of a former college complex in North Norfolk,…