Wild Frontier Ecology provided an initial tree constraints plan at a large site where an 160 home development is proposed. The survey found 300 individual trees on the site, and 23 groups of trees – many of which are protected by Tree Preservation Orders. These included a large variety of species such as silver birch, common lime, sycamore, red horse chestnut, horse chestnut, ash, and whitebeam. The initial tree survey and maps allowed for the homes to be designed amongst the trees to ensure maximum retention. 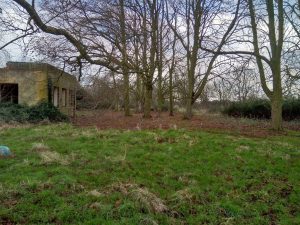 There were 23 groups of trees on site

There were a number of additional issues to be considered on this site, such as the need to remove contaminated soil. WFE provided advice on this, so that no tree roots were damaged in the process, as well as on creation and upgrade of roads and paths which could affect tree roots. To prevent any damage during construction WFE provided information on suitable working methods, such as hand digging and fencing to protect trees.

Many of the trees set to be removed on site had little arboricultural value, and were estimated to have a remaining lifespan of less than 10 years. However, old trees tend to have features such as cracks and crevices which provide suitable habitat for roosting bats. Experienced ecologists from WFE appraised the trees on site, and found that several trees earmarked for removal had significant roosting potential for bats. Licensed bat experts from WFE will be carrying out further bat activity surveys in the summer to inform an EPS license. Here, WFE’s joint arboriculture and ecology expertise were invaluable, as our ecologists were able to work together with our arboriculturalist to assess overall impacts of tree removal and give the client a broad picture of the site’s trees.

A new water pipeline at Thetford