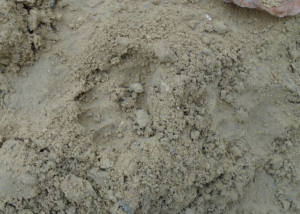 A badger paw print in a sandy spoil heap

WFE were commissioned to undertake ecological assessments for proposed quarry extensions at an active quarry site in Norfolk.  Part of this project involved surveys and mitigation work for badgers, which had colonised the site due to the creation of favourable habitat.

Badger surveys were carried out in order to identify the extent of active badger setts within the potential zone of influence of the proposed quarry extensions and plan an appropriate mitigation scheme. 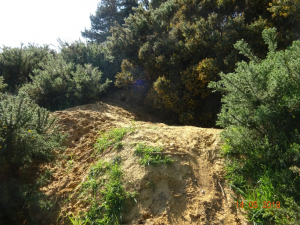 Sandy spoil heaps outside the entrance of the active main sett

The surveys identified and monitored badger activity on site, with field signs such as paths, dung pits, footprints, hairs and scratch trees mapped.  An active main sett was identified within an area of the quarry scheduled for excavation, meaning that the badgers would need to be relocated to an area away from excavation work. 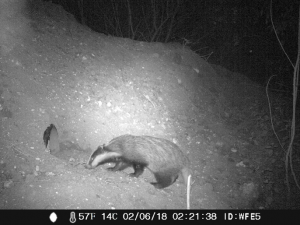 A badger investigating the artificial sett

An artificial sett was designed and constructed in an area of the site away from planned excavation works but within the badgers’ known range (established through earlier surveys).  Badgers were confirmed to have found the artificial sett within a month of construction, where they were picked up on the infra-red motion sensitive cameras deployed.  A licence to close the natural sett was obtained from Natural England, and specialist one-way gates and galvanised mesh were used to exclude badgers from the sett.

Bats revealed in a building inspection

When trees may need to be removed or worked on, their potential to be a…